Working Toward a More Resilient World 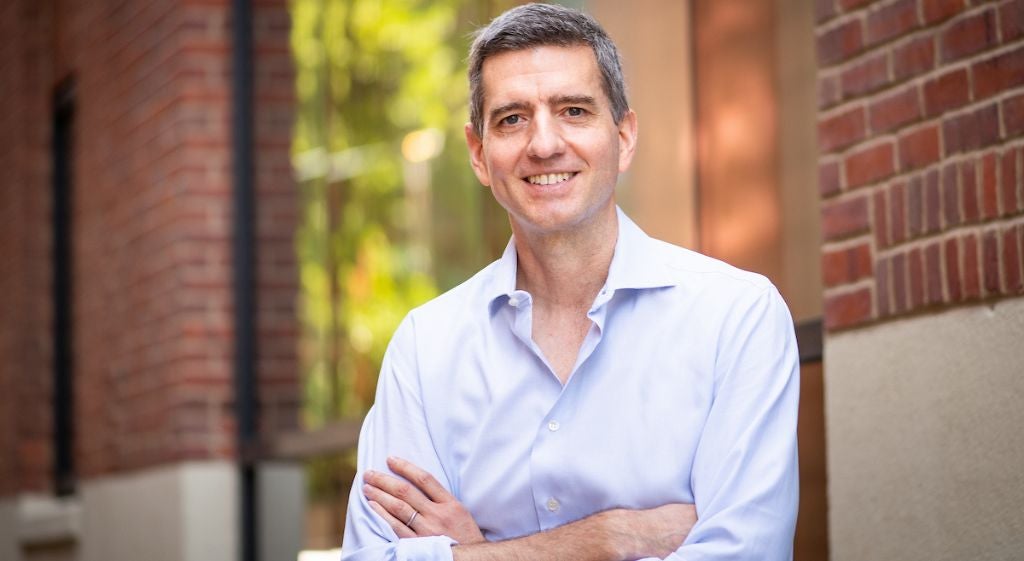 It’s a critical time for the Feinstein International Center at the Friedman School of Nutrition Science and Policy at Tufts.

From the COVID pandemic and climate change to increasing hunger and ongoing conflicts, the world faces a host of serious, often interrelated international challenges. With its 25th anniversary on the horizon, the center—which is also connected with The Fletcher School—is clarifying its role in tackling these challenges and charting a way forward.

New director Paul Howe, who joined in September 2021, is uniquely qualified for the job as both a practitioner and an academic: He spent 17 years working with the U.N. World Food Program (WFP) and has conducted influential research on famine. As the center celebrates a quarter-century, Howe envisions the team contributing to humanity’s wider efforts to achieve a world with zero hunger and increased human resilience. He also plans to teach a class on world hunger in 2023 (more details to come). It’s a tall order, but he’s optimistic.

Tufts Now: What drew you to the Feinstein Center?

Paul Howe: For me, there’s always been different ways of approaching the problem of hunger. I completed a doctorate looking at ambiguities in the way famine is conceptualized and exploring the very real human toll that the lack of a clear definition had during the response to the 1998 famine in what is now South Sudan. With my supervisor Stephen Devereux, I proposed a new approach to defining famine. Many others, including outstanding colleagues at the UN Food and Agriculture Organization, were also working on this issue and took these efforts forward.

When the United Nations made the first ever official declaration of ‘famine’ in Somalia in 2011, I had deeply mixed feelings: it was tragic that another major crisis had occurred, but it was also encouraging to see how the combined efforts of academics and practitioners could lead to important changes in the system. I then had a long career as a practitioner with WFP, but I was always writing papers and eventually sensed that it was time for me to put academics back at the center of my efforts.

There was one place I immediately thought of. The Feinstein International Center has a wonderful reputation within the United Nations, with NGOs, and within the field more generally. I was attracted to the focus on both hunger issues and humanitarian crises, and their intersection in famines, and the opportunity to work with incredible people who are at the forefront of thinking and teaching on these topics. In some ways, I could not have arrived at a better time. It’s exciting: We’re reaching our 25th anniversary and can celebrate a long history of contributions to the field. Now we want to set the stage for another 25 years of research, teaching, and positive impact.

On that note: What are your hopes for the future and your goals as director?

My hope is that we continue to make truly meaningful and significant contributions to achieving zero hunger and supporting human resilience on a global scale. Hunger is a huge problem, one that’s increasing in absolute numbers. During my time at WFP, I learned how a lack of adequate nutrition for children can lead to irreversible, lifelong damage and prevent them from ever achieving their full physical and mental potential. We also know hunger slows economic growth and may contribute to political instability. But finding sustainable solutions is challenging. For instance, the way we’re producing food at a planetary level is contributing to climate change; we cannot address one problem without considering the impacts on the other. So, it’s a multi-dimensional problem that requires a multi-disciplinary and holistic approach to address it.

The Feinstein team, with its network of partners across the globe, has great expertise in the issue of hunger and where it intersects with humanitarian crises. I think of Dan Maxwell’s work on famine, Helen Young and Ana Marshak’s studies of drylands malnutrition, and Erin Coughlan de Perez’s exciting research on climate change and anticipatory action for hunger crises. Being at the Friedman School of Nutrition Science and Policy allows us to collaborate with and draw on a wider set of faculty and expertise to help us think through these issues  – whether it’s Patrick Webb and Eileen Kennedy’s work on world food systems or Will Masters’ groundbreaking studies of the cost of nutritious diets across the globe.

The second goal focuses on the problem of humanitarian crises and how to support human resilience in a context of climate change, new pandemics, conflicts, and economic shocks. That’s another key challenge that is very much embedded in the Feinstein International Center’s history. I think of Andy Catley’s leadership on global standards in emergencies and pastoral livelihoods, Liz Stites and Kim Howe’s work on child marriage in conflict settings, or Teddy Atim and Dyan Mazurana’s introduction of academic research as evidence for the first time as part of a reparations case before the International Criminal Court. Focusing on zero hunger and human resilience as our two themes, and given our 25 years of experience and our incredible team and partners, we’re uniquely placed to tackle them.