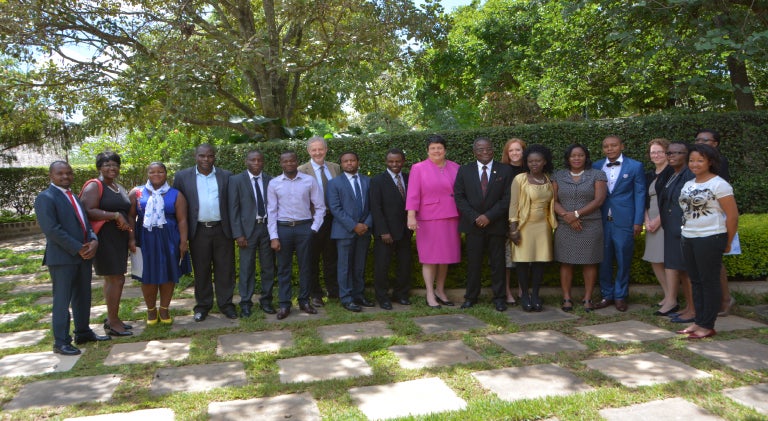 United States Ambassador to Malawi, Virginia Palmer, has recognized Lilongwe University of Agriculture and Natural Resources (LUANAR) for its achievement in producing the first cohort of five dietitians who have completed a 20-month rigorous training program.

Speaking on Wednesday, the 14th of February during a Nutrition Capacity Building Recognition Ceremony for the first dietetic cohort at Ufulu Gardens in Lilongwe, Palmer described the achievement as a significant milestone in Malawi’s nutrition strategy.

“Completion of studies represents the culmination of over a decade of work by the Malawi Government to improve the health of its citizens through integrated nutrition efforts that place special emphasis on vulnerable populations,” said the American Ambassador.

Palmer said the first cohort would work with the government to identify nutrition-based gaps that need to be addressed such as stunting, underweight children and hypertension, an ailment that can be solved through basic dietary changes.

United States Agency for International Development (USAID) and its implementing partner, Tufts University’s Friedman School of Nutrition Science and Policy, teamed up with LUANAR and the College of Medicine to research, design and implement the Malawi Dietetic Program. The American Ambassador urged graduates of the dietetic programme to collaborate with clinicians in the country who have not benefited from the training, to fight for the health of citizens through provision of nutrition-based solutions.

Pictured: US Ambassador with graduates, teachers, and personnel from Tufts, LUANAR, and Malawi College of Medicine. Photo courtesy of LUANAR.