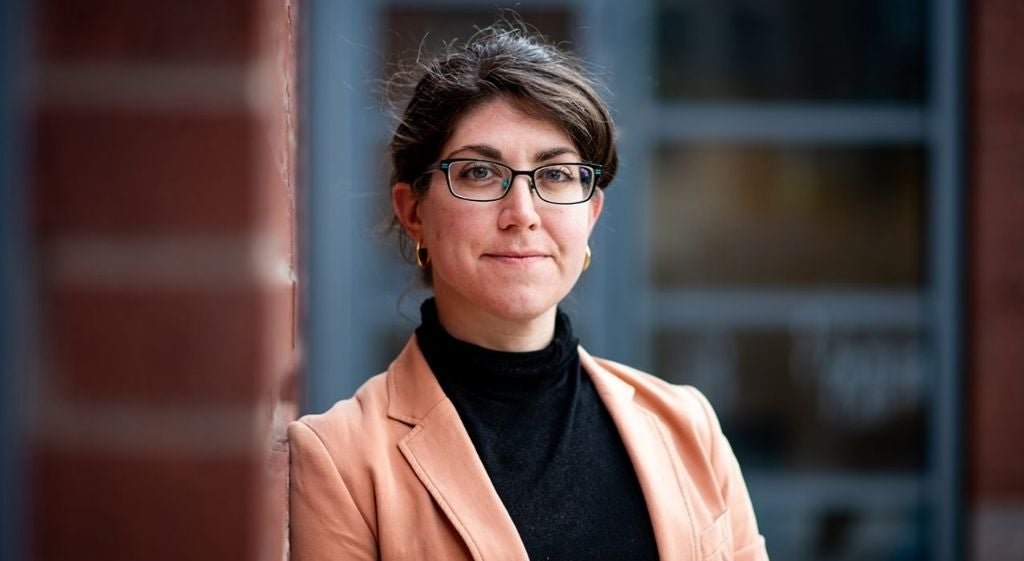 The climate crisis is here, and it’s worse than we predicted, according to Erin Coughlan de Perez, a Feinstein International Center scientist, and hundreds of experts from around the world.

A climate risk management researcher and Dignitas associate professor, Coughlan de Perez is a lead author of an installment in the sixth report by the United Nation’s Intergovernmental Panel on Climate Change (IPCC), which was released today.

Tasked with assessing the science related to climate change, the IPCC issued its first report in 1990 and now includes 270 scientists from all over the world.

Based on peer-reviewed literature from the past several years, this newest report details how our changing climate is affecting families, businesses, and cities in countries both vulnerable and powerful—and the steps we can and must take together to adapt and avert disaster.

Besides her work at the Feinstein Center, which is part of the Friedman School and has ties to The Fletcher School, Coughlan de Perez is also a senior advisor at the Red Cross Red Crescent Climate Centre, where she worked for 11 years before coming to Tufts last year.

“Our risk from extreme events, and our prognosis for what climate change will bring in the future, is more severe than we thought it was in the past,” said Coughlan de Perez. “We need urgent, ambitious, transformative changes to society if we’re going to be successful at reducing the impacts of climate change.”

She spoke with Tufts Now about the main takeaways from the IPCC report and her research in climate risk management.

Tufts Now: What’s the scope of this most recent IPCC report?

Erin Coughlan de Perez: Essentially, it assesses everything that’s out there and gives a comprehensive answer to society on the question of, “What’s going on with climate change?” We primarily looked at peer-reviewed literature, but there was also an effort to include indigenous and local knowledge.

The first report was on the climate science—what’s going on in our atmosphere. The one released today is on how this impacts people—that’s what I’m working on. And then the third piece is on how we reduce our emissions to prevent climate change from getting worse.

What does the report say about the state of climate change today?

We live in a changed climate. This isn’t about the future anymore—this is about now. We are about 1.1 degrees Celsius [2 degrees Fahrenheit] warmer than the pre-industrial time period. The impacts are being felt sooner and harder than we previously expected.

If you compare the situation today with the last report in 2014, the results are absolutely much more dire. Our risk from extreme events, and our prognosis for what climate change will bring in the future, is more severe than we thought it was in the past.

There were some pretty stark facts showing that the people who are least able to cope are the hardest hit. The total population of the places classified as highly or very highly vulnerable is 3.3 billion people, which is a concerning number.

Deaths from floods, droughts, and storms have been up to 15 times higher in these areas in the last decade than in places with more resilience. The UN goals of zero hunger and water for all, which were goals for 2030, are now at risk because of climate change.

But also, this is affecting everyone. We found that literally everybody, billions of people, in every single region of the world—including the United States—are seeing their lives, livelihoods, and health affected by climate change.

This includes deaths from heat waves, people displaced from fires, and food and water shortages. People shouldn’t think, “Oh, climate change is somebody else’s problem. It’s a problem over there in Africa.” We’re all vulnerable, and this is everybody’s problem.