Sourdough: The Science Behind a Pandemic Staple 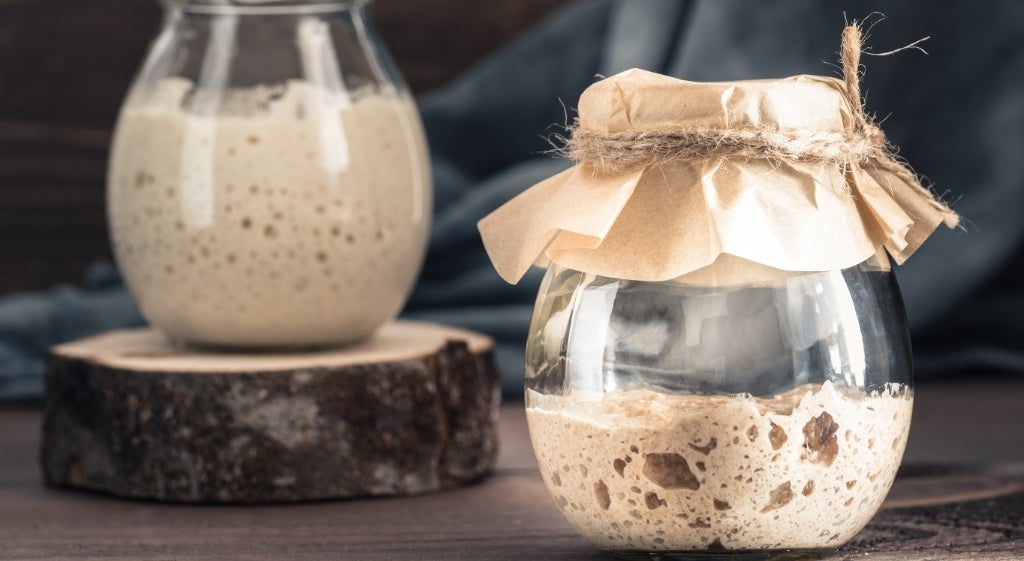 With the cold weather these days, one pandemic trend is continuing to warm people’s homes: sourdough baking.

The process of making a loaf with live fermented cultures has risen in popularity since last March—largely because the yeast shortage early in the COVID-19 pandemic took other breads off the table, and because many people are spending more time at home, according to Benjamin Wolfe, who studies microbial ecology and evolution in his lab at Tufts.

“It’s really great during stressful times—it’s sort of like a creature, and you’re taking care of it. It’s a fun distraction, and if you get great bread, all the better,” said Wolfe, who recently published a paper on the varieties of microbes in sourdough starters in the journal eLife.

Liz Landis, a student in Wolfe’s lab and a first author on the eLife paper, agreed. “It’s such a careful endeavor and you really have to give it a lot of attention, which may be why it has experienced a lot of resurgence during COVID-19,” Landis said.

Jessica Ellis, N20, a researcher in the Vitamin K Lab at the Jean Mayer USDA Human Nutrition Research Center on Aging (HNRCA) at Tufts, said she used to make sourdough only on weekends, but expanded her baking hours during the pandemic.

“Once you start a loaf, there are several steps that only take a couple of minutes to do, but are spaced several hours apart,” said Ellis, who studies bacterially produced forms of vitamin K. “So now it’s more feasible to make sourdough during the week working from home.”

But what exactly gives sourdough its distinct taste? How do microbes transform bread, and other fermented foods such as kombucha and sauerkraut that are seeing a boom during this time? When it comes to this pandemic staple, there’s a good deal of misunderstanding, according to Wolfe, Landis, and Ellis—and much more to appreciate.

“People have been making sourdough in North America for a long time,” Wolfe said. “It’s been really fascinating to see how much of a role it’s played in this very stressful time.”