Some but not all U.S. metro areas could grow all needed food locally, estimates study 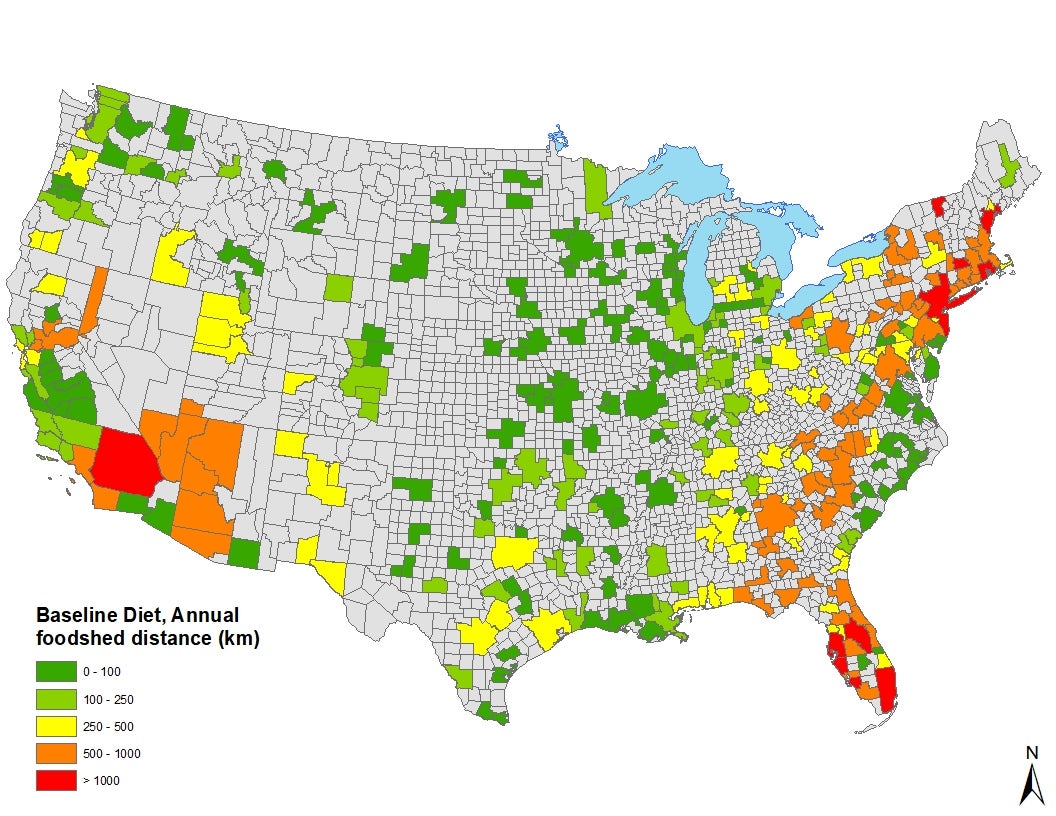 BOSTON (Sept. 14. 2020, 9:00 a.m. EDT)—Some but not all U.S. metro areas could grow all the food they need locally, according to a new study estimating the degree to which the American food supply could be localized based on population, geography, and diet.

The modeling study, led by Christian Peters at the Gerald J. and Dorothy R. Friedman School of Nutrition Science and Policy at Tufts University, is published today in Environmental Science & Technology.

The model estimates whether 378 metropolitan areas could meet their food needs from local agricultural land located within 250 kilometers (155 miles). Local potential was estimated based on seven different diets, including the current typical American diet.

“Not everyone lives near enough agricultural land to have an entirely local or even regional food supply. Most cities along the Eastern Seaboard and in the southwest corner of the U.S. could not meet their food needs locally, even if every available acre of agricultural land was used for local food production. Yet, many cities in the rest of the country are surrounded by ample land to support local and regional food systems,” said Peters, senior author and associate professor at the Friedman School, whose research focuses on sustainability science.