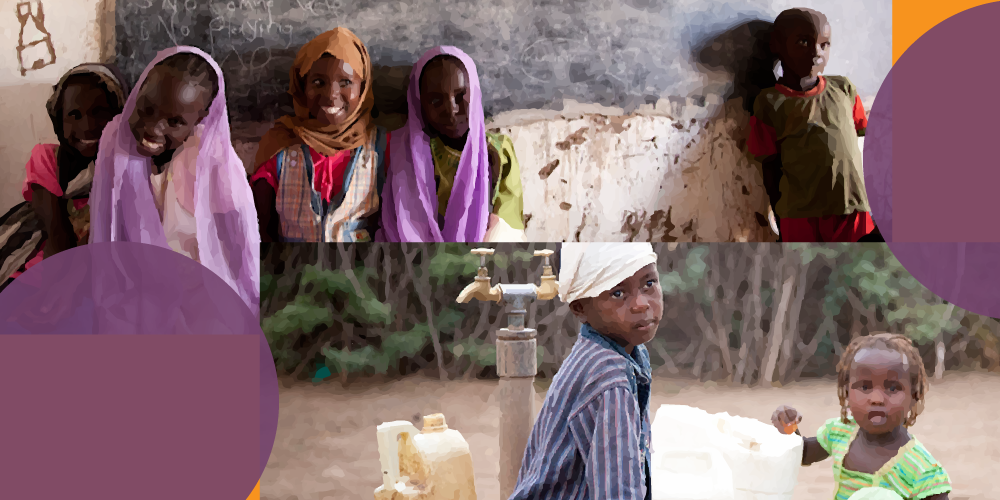 After years of working with large non-profits and government agencies to help refugees in war-torn parts of Africa, Sasha Chanoff, N04, had seen too many victims of combat and violence who were left behind by resettlement operations. "I wanted to move out beyond what was being done already to try to find new ways of helping people," he said. So Chanoff, a graduate of the Master of Arts in Humanitarian Assistance Program (MAHA), co-founded RefugePoint.

Started in the spare bedroom of his Somerville, Mass., apartment, and now a relief agency with a 3.7 million dollar budget and 55 staff members in Cambridge and throughout Africa, RefugePoint’s mission is to provide lasting solutions to the world’s most vulnerable refugees.

"I found myself really drawn into the stories of the people I was meeting—what their lives were like, what their struggles were like," he said. "Many of them weren’t ready to work, having lost their homes, their families and anything that meant anything to them."

RefugePoint finds and helps to permanently relocate refugees in life-threatening situations to countries where they can rebuild their lives in safety and with dignity. RefugePoint works in camps and cities across Africa to improve access to resettlement for refugees with no other options for survival. The organization partners with UNHCR, NGOs, and governments to identify refugees in need of resettlement, and they also train, provide technical guidance, and enable partner NGOs to begin or improve resettlement efforts as well. Additionally, RefugePoint’s targeted advocacy for at-risk refugee groups has led to the resettlement of many refugees who would otherwise be overlooked and stuck in perilous and dead-end situations. Sasha has worked for two decades in refugee rescue, relief, and resettlement operations in Africa and the United States. 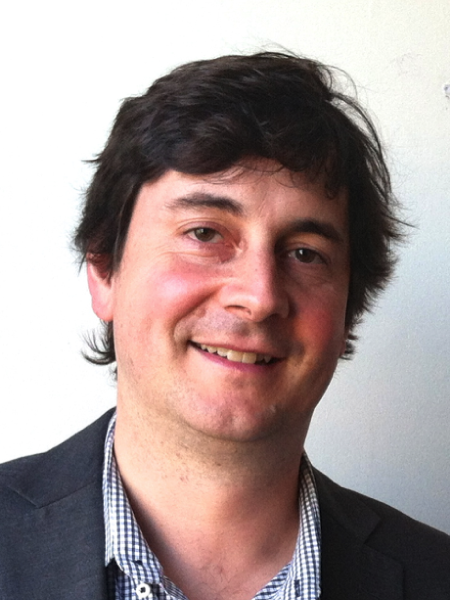 Prior to launching RefugePoint he consulted with the Office of the United Nations High Commissioner for Refugees in Kenya and worked with the International Organization for Migration throughout Africa, identifying refugees in danger, undertaking rescue missions, and working on refugee protection issues with the US, Canadian, Australian, and other governments. He has appeared on 60 Minutes, and has been a featured teller on the popular public radio storytelling program The Moth for its Mainstage events in front of major audiences. Sasha has spoken in other national and international TV, radio, and print media outlets, and has lectured, presented, and given keynote speeches at universities, international conferences, and gala events. He is currently writing a book about defining moral moments in leadership to be published by Barrett-Koehler Publishers in 2016.

Sasha holds a B.A. from Wesleyan University and an M.A. in Humanitarian Assistance, from the Tufts University Fletcher School of Law and Diplomacy and Friedman School of Nutrition, Science, and Policy. Sasha has received fellowships from Ashoka, the Draper Richards Kaplan Foundation, and Echoing Green and is a recipient of the Charles Bronfman Humanitarian Prize and Harvard's Gleitsman International Activist Award. He is a member of the steering committee for New England International Donors, and an adviser to The Leir Charitable Foundations. He also recently served as an adviser to the Warner Bros. film The Good Lie, starring Reese Witherspoon, and helped establish its charitable initiative, The Good Lie Fund.

After graduating from Wesleyan, Chanoff took a position as a job developer with the Jewish Vocational Service, helping refugees find work in the United States. He was supposed to talk to them about their skills and work experience. Instead, "I found myself really drawn into the stories of the people I was meeting—what their lives were like, what their struggles were like," he said. "Many of them weren’t ready to work, having lost their homes, their families and anything that meant anything to them." Wanting to do something heartening for them, he organized a soccer tournament for Boston’s refugee community in 1998. When Sherman Teichman, director of the Institute for Global Leadership at Tufts, read about it in the newspaper, he contacted Chanoff. Eight months later, they held an even-larger refugee celebration day with art, music, food and dance. 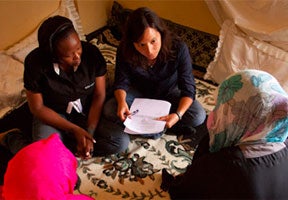 Chanoff took his refugee work a step farther, going to Africa with the State Department to teach cultural orientation classes for U.S.-bound refugees. But he was soon recruited as an operations officer for the International Organization for Migration (IOM) and became a consultant to the U.N. High Commissioner for Refugees. It was during those four years traveling across Africa that Chanoff learned about refugees who rarely make it onto the lists. Refugee camps can be dangerous places for orphans, single women and ethnic minorities, who often flee the camps "and end up in urban centers where nobody assists them," Chanoff said. "Once they leave, they go off everybody’s radar." In Nairobi, Chanoff found close to 150 of these undocumented war victims who were also HIV-positive. He and Dr. John Wagacha Burton, an IOM medical officer from Kenya, got them what assistance and health care they could.

Refugee camps can be dangerous places for orphans, single women and ethnic minorities, who often flee the camps "and end up in urban centers where nobody assists them," Chanoff said. "Once they leave, they go off everybody’s radar."

In 2003, Chanoff enrolled in Tufts' MAHA program, studying NGO management, ethics and humanitarianism, humanitarian aid and nutrition in complex emergencies and forced migration. It allowed him to put his field work into context. But when he returned to Kenya a year later, he found that several of the HIV-positive refugees he had been helping had died. Raising money from family and friends, he and Burton opened a small medical clinic in the slums of Nairobi for those HIV-positive refugees, torture victims, rape survivors, widows and orphans. This was the beginning of RefugePoint, which they officially founded in January 2005.