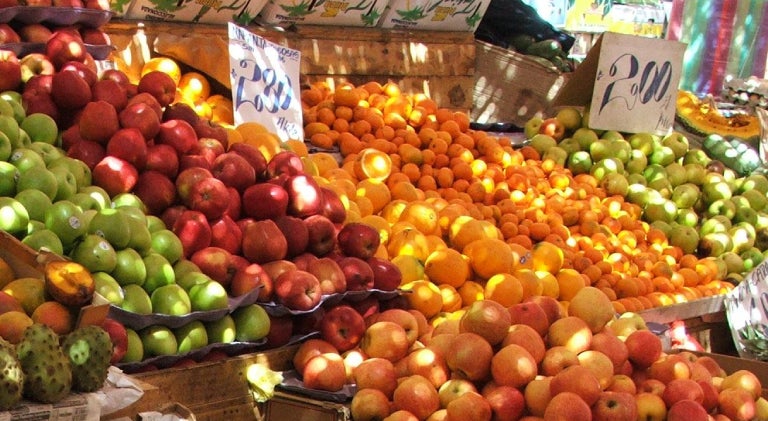 Baby boomers will face many barriers to good nutrition as they age. It’s time to get prepared

Good food has always been a priority for Vyrl Robinson. As a child, she spent summers on her mother’s farm, where she learned to harvest and “put up” fruits and vegetables. She learned to cook for a crowd as the youngest of 10 children. When she and her husband built their house in Burlington, Massachusetts, she planted a large garden and made her own preserves.

Now 79 and widowed, Robinson still loves fresh produce, but she’s retired and lives on a fixed income, which makes it hard to justify the expense. So she was one of the best customers at the free weekly farmers market that the Burlington Council on Aging organized last year. She liked to try out new vegetables when the market provided interesting recipes—that’s how she discovered her taste for baked kale. “It’s just like eating potato chips,” she said. “They are crunchy like that.”

"The idea is that providing people in their 60s with a concept of how to eat will prepare them when their lifestyles change in their 80s."

But Robinson doesn’t think she’ll make it back to the farmers market this year. She has back problems and emphysema and has had more than one heart attack. And with both her knees in need of replacement surgery, she has started using a walker (“I tried so hard to get off it,” she said), which makes the eight steps down to the street from her house a new barrier. So she relies a bit more on the Meals on Wheels delivered to her door. It’s a big help, although they do tend to cook the broccoli more than she likes.

Robinson’s story highlights a widespread, though little recognized, problem in seniors: malnutrition. Getting older creates obstacles to eating well at the very time that it’s most important to do so. When seniors don’t eat enough, don’t eat the right foods or lose the ability to absorb certain nutrients, it can cause physical decline or exacerbate pre-existing conditions. Now, nutrition researchers at Tufts are joining a nationwide effort to address the problem, including educating baby boomers about the importance of diet long before they are living alone or dealing with physical limitations. “The idea is that providing people in their 60s with a concept of how to eat will prepare them when their lifestyles change in their 80s,” said Simin Nikbin Meydani, director of the Jean Mayer USDA Human Nutrition Research Center on Aging (HNRCA) at Tufts.