To Raise Healthy Eaters, Go Beyond Breaking the Rules 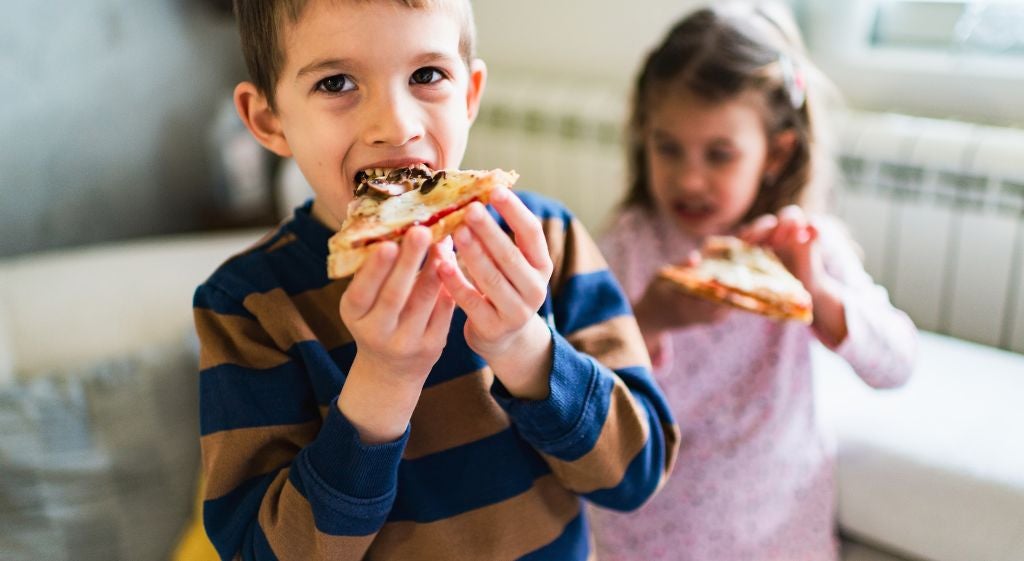 Eating isn’t what it used to be. These days, advice for parents looking for the best ways to feed their children might seem antithetical to approaches that their own generation considered just plain healthy.

For example, in 2020, the Boston Globe ran an article advising parents to let kids eat as many sweets as they want, play with their food, have dessert alongside dinner, and leave food they don’t want on their plates.

According to nutrition experts Dan Hatfield and Erin Hennessy, both from the Friedman School’s Division of Nutrition Communications and Behavior Change, some of the new suggested practices are well-supported by decades of research. “We now know more about which food parenting practices promote self-regulation and healthy eating and which practices interfere,” said Hennessy. “The ultimate goal is to help children develop in a way that allows them to listen to their bodies' cues about when, what, and how much to eat, and to build their confidence to make good choices for themselves in the long term.”

Both researchers explained that it’s not enough to simply break long-established rules. While parents would do well to incorporate many of the food parenting practices that mass media outlets currently tout, Hatfield and Hennessy pointed out that it’s crucial for parents to consider the full context in which those practices are enacted.

“Parents are very important,” explained Hatfield, research assistant professor at the Friedman School of Nutrition Science and Policy, “but they exist within a much larger ecology of influences on children’s dietary behavior.”

“What I often see in the mass media is a cherry-pick approach to talking about food parenting—that’s the term we use in the field to refer to parenting in the context of feeding children,” added Hennessy, a Friedman School assistant professor and director ad interim of ChildObesity180. “I wish articles for a general audience went further to offer more of the evidence about what we know will promote healthy eating rather than focus on just a few specific strategies.”

Tufts Now caught up with Hatfield and Hennessy to find out more about the nuances of raising healthy eaters in an era when the Clean-Plate Club is no longer relevant.

Tufts Now: Is it true that the rules many of today’s parents today grew up with—clean your plate, dessert if you eat all your vegetables—no longer hold?

Erin Hennessy: What we really need is a fuller depiction of the wide swath of food parenting practices available to help parents raise healthy eaters, and a more accurate description of how different practices are related to one another. For instance, the concept of “clean your plate” is a food parenting practice we call “pressure to eat,” while using dessert as a reward for eating dinner is a feeding practice known as "threats/bribes.” The two are both a form of coercive control, meaning that a parent uses pressure, intrusion, and dominance to control their child’s feelings and thoughts, as well as their behaviors.

Food parenting practices like these are now known to be detrimental to the development of a child's ability to self-regulate their intake. But we want parents to also know they still have many options that are positive and that work.

What is the current science around what parents should feed their kids?

Dan Hatfield: The messages around things like eating fruits and vegetables, eating whole grains instead of refined grains, limiting the amount of sugar you take in—those are dietary recommendations that have all been in place for a while. But in the mainstream media, the messages people hear can be confusing and inconsistent. I wish we could more consistently communicate the fundamentals in terms of what defines a healthy diet.

Hennessy: It’s important to keep in mind that there are two different things here: what to eat and how to feed others (in this case, your children). As Dan mentioned, we have really good, clear, consistent guidance on what to eat. But how you get someone to eat the foods that the dietary guidelines for Americans suggest are part of a healthy dietary pattern—that’s where the mainstream media merely scratches the surface.

Hatfield: In terms of individual food parenting tactics, yes, there are some old rules to break. But you have to set food parenting in a larger context. So often when we think about dietary behavior or health behavior, our inclination is to wag our finger and tell people to change what they’re doing. And when it comes to kids, we lay a lot at the feet of parents. Parents are very important, but there’s also the school food environment, the local food retail environment, and the restaurant environment. And there’s the messaging and marketing to which kids are exposed. All of those things, and innumerable other influences, also are really important.

Parenting practices are one piece of the puzzle, but we also want to be intervening at other levels to promote healthier behaviors for kids.

Hennessy: Feeding practices are the specific strategies parents use to feed their children. But it’s also equally important to understand parenting style, as in, how these practices are communicated from parent to child. Generally speaking, a style known as authoritative parenting, meaning you're both nurturing and demanding, generates the most positive child outcomes. You're a parent who listens and responds to your child's wants and needs but who also sets clear, consistent expectations and boundaries.