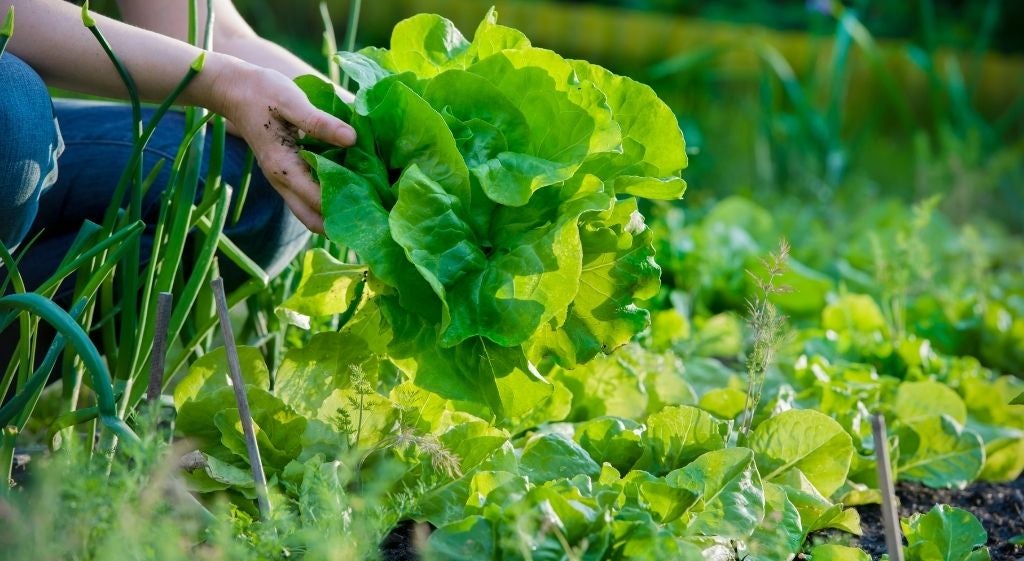 During an event co-hosted by Food Tank and the Danone Institute North America, panelists discuss ways to nourish people and the planet, while also dismantling systemic racism and inequity.

The discussion is part of Danone’s One Planet. One Health. initiative, which funds actionable, community-based projects across the United States and Canada. This year, the initiative will award up to five transdisciplinary teams whose projects help build sustainable food systems. Each team will receive a $30,000 grant to help design, implement, and evaluate their projects.

During the first session of the webinar, “One Planet,” Food Tank president Dani Nierenberg speaks with A-dae Romero-Briones (Cochiti/Kiowa) — the Director of Programs, Native Agriculture and Food Systems at the First Nations Development Institute — and Jose Oliva — the Campaigns Director at the HEAL Food Alliance.

Romero-Briones says the commodification of land, water, plants, and people has caused the connections between human and environmental health to be ignored. “When you measure things in individual units,” she says, “these relationships are then severed in ways that continue to play out in how people think about the system. And, in turn, the system is a cycle.”

“It’s not just about individuals,” Romero-Briones says, “It’s not just about our own health and our own pantry and our own table. We have to think in terms of community: what does your community look like, what kind of community are you part of? If you’re not part of one, find one. Because the only way we’re going to change the American food system, is to recognize that it’s not dependent on individual market behaviors — it’s dependent on community empathy, responsibility, and response.”

He points to passing the Protecting the Right to Organize (PRO) Act and Raise the Wage Act, as well as amending the Fair Labor Standards Act and National Labor Relations Act to include agricultural workers.

Oliva says it’s critical that frontline and BIPOC workers are at the center of the decision-making process. “I think we have to look at the frontline communities — that being the folks who are most directly impacted by the ill effects of the food system — as the ones who should and do have the solutions for the problems in the food system.”

In the following session, “One Health,” Dariush Mozaffarian — dean of the Tufts University Friedman School of Nutrition Science and Policy — and Tambra Raye Stevenson — the CEO and founder of I AM WANDA (Women Advancing Nutrition, Dietetics, and Agriculture) — discuss the need for comprehensive and inclusive nutrition policies.

“Everybody is working in their own silos trying to fix things, but not in a coordinated way,” says Mozaffarian. “There is no food and nutrition coordinated agency in the U.S. government.” He notes that the U.S. Department of Agriculture has traditionally been focused on increasing agricultural production.

“The last time the federal government took a coordinated look at nutrition was in 1969 at the White House Conference on Food, Nutrition, and Health,” Mozaffarian says. The report he co-authored calls for a second White House conference and a new leadership position in the U.S. government, in charge of food and nutrition policy.