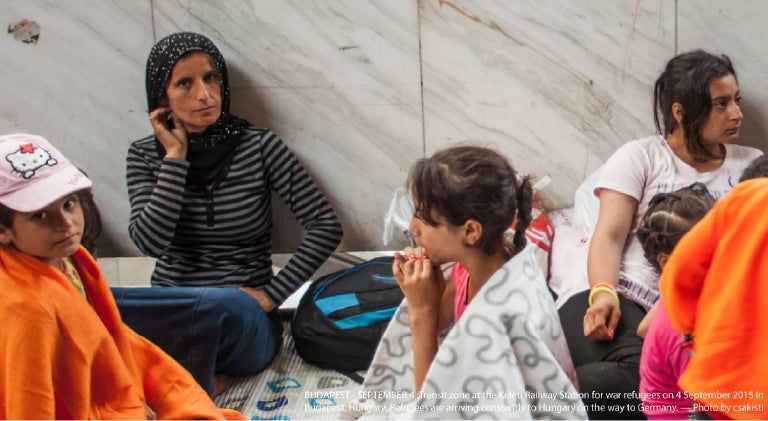 As the ongoing refugee and migrant crisis continues to dominate international news, it has given new urgency to an age-old question: What is the best way to get desperately needed food to people who have been forced to flee their homeland because of war, natural disaster or persecution?

The traditional method of providing aid has been either distributing sacks of flour or rice off the back of trucks, or handing out packages of oil, pasta, lentils and other foods to families residing in camps.

But the strategies for delivering food aid have not kept up with the times, according to Karen Jacobsen, who directs the Refugees and Forced Migration Research Program at the Friedman School’s Feinstein International Center. Now Jacobsen, the Henry J. Leir Professor in Global Migration at the Fletcher School, is analyzing new methods for serving one of the world’s most vulnerable populations.

What is the point of relying on a strategy of distributing food to refugees living in camps, Jacobsen asked during a recent interview, when most refugees do not live in camps at all? Of the 2.29 million Syrian refugees living in Turkey, for example, 90 percent live in residential communities, alongside people who are not refugees. For that reason, Jacobsen said, humanitarian organizations have begun turning away from shipping bags of commodities and instead are giving refugees the means to buy their own food—“especially in urban areas, and especially for Syrian refugees.” That often means vouchers that can be used at supermarkets or even cash wired directly to those in need.

It’s an approach that has won praise for its efficiency and its support of local markets. But the news isn’t all good, as Jacobsen and her team found when they evaluated one high-profile food voucher program from 2015.