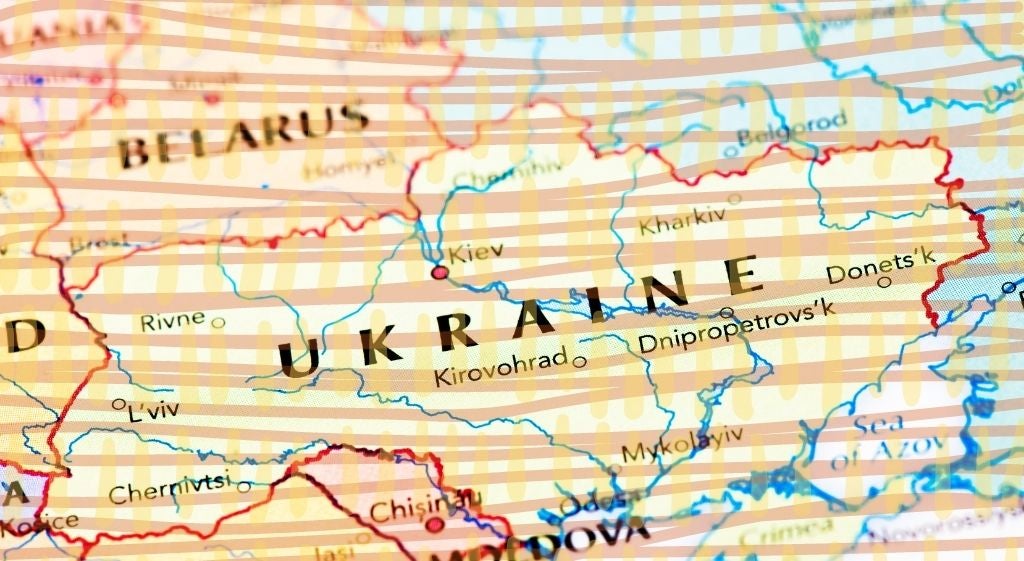 The massive flow of international support for Ukraine since Russia first invaded in February 2022 includes billions of dollars in military and humanitarian aid from dozens of countries.

We hope that the Russia-Ukraine war does not last as long as the ongoing conflict in Syria, which started in 2011 as a civil war brought about by a popular uprising to overthrow an entrenched authoritarian regime. Nearly 7 million Syrians are still internally displaced, 6.6 million have fled the country and more than 60% of the population faces hunger. Estimated death tolls range from 350,000 to 605,000.

Several parallels exist between the two tragedies. The first is that Russia is using similar tactics in Ukraine as it did in support of the Syrian regime, including a mix of indiscriminate and targeted bombings and besieging key towns and cities.

These attacks have intentionally killed civilians and destroyed homes, schools, hospitals, electricity grids and other infrastructure. Ukraine’s cataclysmic destruction is creating a severe humanitarian crisis, which, as in Syria, has displaced millions. Other similarities include the participation of foreign fighters and the international condemnation of leaders for engaging in war crimes.

Another parallel is the involvement of many United Nations agencies and nongovernmental organizations, such as Doctors Without Borders, the International Committee for the Red Cross and Save the Children. We have identified three lessons from Syria these humanitarian institutions should consider applying in Ukraine, based on what we’ve learned from our research on humanitarian assistance there.

After more than 10 years of the war in Syria and global efforts to alleviate the suffering of the Syrian people, U.N. agencies and nongovernmental organizations are still predominantly running the show. Humanitarian organizations are generally using local groups as subcontractors, passing down orders of where and how to respond to local humanitarian needs. This arrangement is common, because international donors rarely provide direct funds to local organizations.

But our research has shown that organizations led by people who live in the country experiencing upheaval are often the best positioned to respond to the immediate humanitarian crisis with food, shelter, medicine and protection from violence. Local organizations intimately understand what civilians need in rapidly changing wars, and they know how to navigate shifting front lines, manage local gatekeepers and find pockets of safety in theaters of violence.

These organizations will also stay long after the NGOs and U.N. agencies move on.

And yet donors, U.N. agencies and NGOs tend to underappreciate and sideline local knowledge and skills.

Ukrainians have spontaneously organized to respond to the needs of their suffering compatriots. This means the U.N. and NGOs have many potential Ukrainian organizations with which to partner for humanitarian operations. However, it remains to be seen if they willing or able to make more room for local groups to take the lead.

2. Beware the pitfalls of ‘remote management’

International organizations have a low tolerance for risk. This means that when conditions become dangerous, foreign aid workers and organizations often depart, leaving locals behind to take the risks and manage operations. The humanitarian community calls this “remote management,” because the people who call the shots are not physically present in the country.

While the remote approach might appear to cede authority to locals, in practice it generally doesn’t. In Syria, most U.N. agencies and NGOs operating there tried to remain in charge, but from afar. They continued to hold the purse strings and make major decisions. They expected local organizations to do what they were told – including how and where to work.

And yet local organizations lack the security systems, insurance plans, survivor benefits and ease of leaving the country that are available to the employees of aid groups from Canada, the United States, France and other Western nations.

3. Pay close attention to what people living through conflicts say they need

Civilians living through conflicts often develop adaptive strategies to protect themselves from violence and to provide for their basic needs. As one of us explains in a forthcoming publication, social connections in Syria have been essential to both spontaneous and organized survival strategies.

They can also help civilians find safe passage and construct warning systems against attacks. These informal networks also help people find financial support, develop alternative energy sources and move aid to isolated areas or places that are under fire. Friends and relatives help each other manage the emotional trauma of war and the uncertainty of the future.

The international response to the Syrian war has illustrated, however, that the U.N. agencies and international NGOs that dominate humanitarian action rarely engage with or support these grassroots survival strategies.

Instead, they continue to supply such items as food baskets and hygiene kits that may be necessary for some households, but are largely out of sync with the needs that most Syrians are expressing.

Since the start of that conflict, Syrians have requested farm supplies so they can produce their own food and small loans to restart local businesses. They have asked for medical equipment, fuel and help obtaining machinery to remove rubble. After more than a decade of international neglect and intentional destruction by the Assad regime and allies, including Russia, rebuilding Syria will require major investments to repair communication systems, schools and hospitals, water treatment plants and electric grids.

Meanwhile, the war in Ukraine shows no signs of abatement. The evidence points toward destruction there on the enormous scale seen in Syria, with horrifying reports of human rights abuses and escalating humanitarian needs.

We believe that Ukrainian-led organizations and systems are best placed to assess, understand and respond to these needs, making decisions and priorities based on local knowledge and experience. These organizations will inevitably require financial and material support from international agencies and donors. But that doesn’t mean they must be told what to do or how or where to do it.

What isn’t clear is whether the international humanitarian system is ready and willing to cede this level of control.

This article is republished from The Conversation under a Creative Commons license. Read the original article.