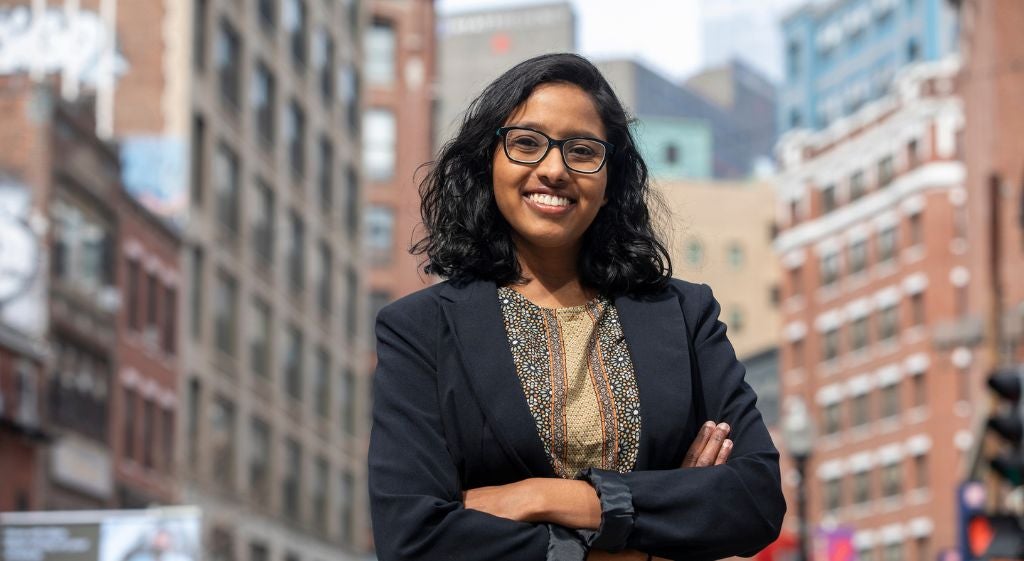 Hamsa Ganapathi, MS, (N22), a former student in the Agriculture, Food and Environment program at the Friedman School, has been selected as an FPI John Robert Lewis Fellow for 2022-2023.

The John Robert Lewis Scholars & Fellows Program is designed for undergraduate (Scholars) and graduate students (Fellows) to examine Lewis’s nonviolent philosophy from a historical perspective; define its principles and strategies; and identify their applicability to modern times and movements, current issues, and everyday life. The JRL Scholars & Fellows will become a nationwide network of emerging leaders who will be inspired to create positive societal change from the revolutionary nonviolent perspective that was employed with success in the Civil Rights Movement.

A competitive application process selects twenty students per year who are seeking to be effective changemakers in civic life through their engagement in an applied learning program of nonviolent social impact philosophy that grounded John Lewis.

The goal of the John Robert Lewis Scholars & Fellows Program is to build a network of young leaders who are inspired by the moral leadership of John Lewis, educated, and empowered to use King’s principles and strategies of nonviolence, and committed to applying these competencies to become changemakers in their local communities.