A quarter million people died in the Somalia famine of 2011. It didn’t have to happen

The Somalia famine of 2011 was sparked by a confluence of disasters. A major drought ruined crops, killed livestock and took away wage labor opportunities for people who relied on them. At the same time, global food prices happened to rise sharply, a devastating blow for Somalia, which relies on food imports even in the best of times.

Yet even with those factors, the famine that killed 250,000 people could have been avoided, says Dan Maxwell, professor of nutrition and humanitarian studies at the Feinstein International Center and the Friedman School of Nutrition Science and Policy at Tufts.

In their new book, Famine in Somalia: Competing Imperatives, Collective Failures, 2011-12 , Maxwell and co-author Nisar Majid examine what went wrong with the response to the crisis. They say it was human decision-making that stymied efforts to prevent or mitigate the worst impacts of the drought, the food price crisis and on-going conflict in the region. 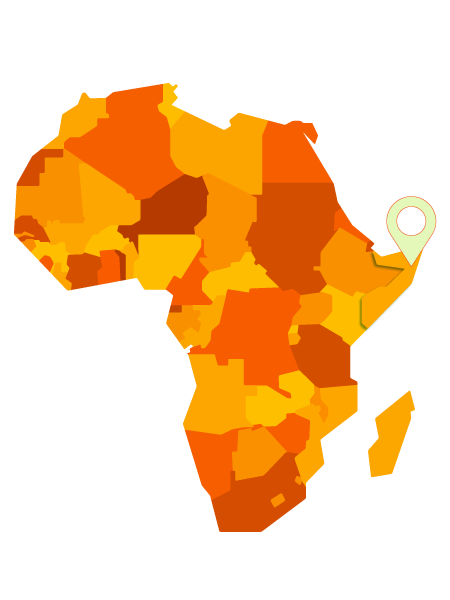 Maxwell and Majid call for accountability from the people who made the choices along the line, including leaders in governments, armed groups, donor organizations, humanitarian agencies and academia—and they make no bones that analysts and academics like themselves could and should have done more to raise the alarm. Only by talking about mistakes openly, they say, will the humanitarian system keep such tragedies from repeating.

Tufts Now: You say that despite the drought, this famine didn’t have to happen—that it was human factors that led to so many deaths.

Dan Maxwell: First of all, the governing authority in south central Somalia, Al-Shabaab, was opposed to humanitarian assistance and food aid in particular. It expelled agencies or threatened them to the point that they left. So several of the major agencies that could have responded to a crisis of this magnitude, such as CARE International and the World Food Program, were not there.

"Up until the famine was declared, there was a clear prioritization of a counter-terrorism imperative over a humanitarian imperative."

Second, Al-Shabaab had been labeled as an international terrorist organization several years earlier, so there were increasingly dire warnings that humanitarian agencies should not allow any assistance from Western donors to end up in Al-Shabaab hands. Agencies were so worried about the legal and reputational risks of being seen to be “assisting” terrorists that they were actually self-censoring, pulling themselves out even when they had some degree of access. Up until the famine was declared, there was a clear prioritization of a counter-terrorism imperative over a humanitarian imperative. Given that the epicenter of the affected area was well inside Al Shabaab-controlled territory, the cumulative effect was that only limited efforts at prevention, mitigation or response were mounted until after the famine was declared.