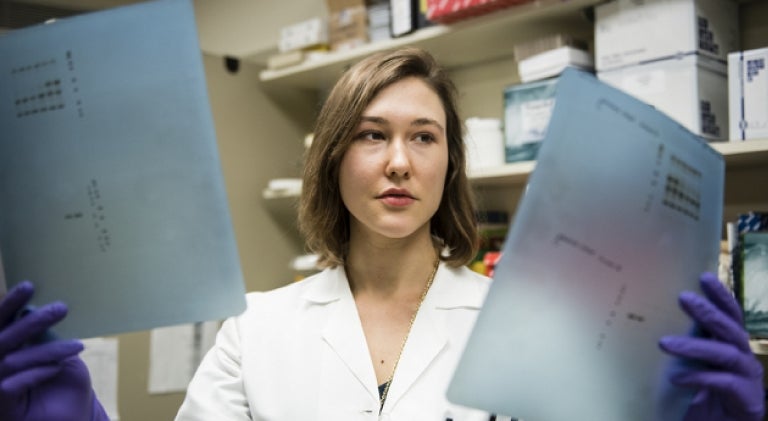 During her freshman year at Wellesley College, Simas was tired all the time. She dragged herself to class, and found it hard to keep up with the regimen of competing on the varsity swim team. She wondered if her diet contributed to her symptoms, which not only included gastrointestinal woes, but affected her muscles, her mood and her overall sense of well-being.

“This isn’t about changing what you eat to lower your risk of disease by a certain percentage....It’s seeing the differences you can make in your health on a day-to-day basis.”

The problems became so severe she had to take time off from school. She spent the next two years on a nutritional odyssey of sorts, seeing physicians and investigating her family’s history of allergies, autoimmune disease, cancer and neurological disorders. She attacked her health problems with methodical precision, eliminating certain foods, addressing vitamin deficiencies, and changing what she ate to improve her microbiota, the trillions of microorganisms that make up the gut’s ecosystem.

After two years, she felt much better, and returned to Wellesley to complete her undergraduate studies in neuroscience. “It was really tough, but I wouldn’t trade that experience for anything, because it helped me to see firsthand how much genetics, diet and environment play a role in how your brain and body function,” says Simas, who’s pursuing a Ph.D. in biochemical and molecular nutrition.