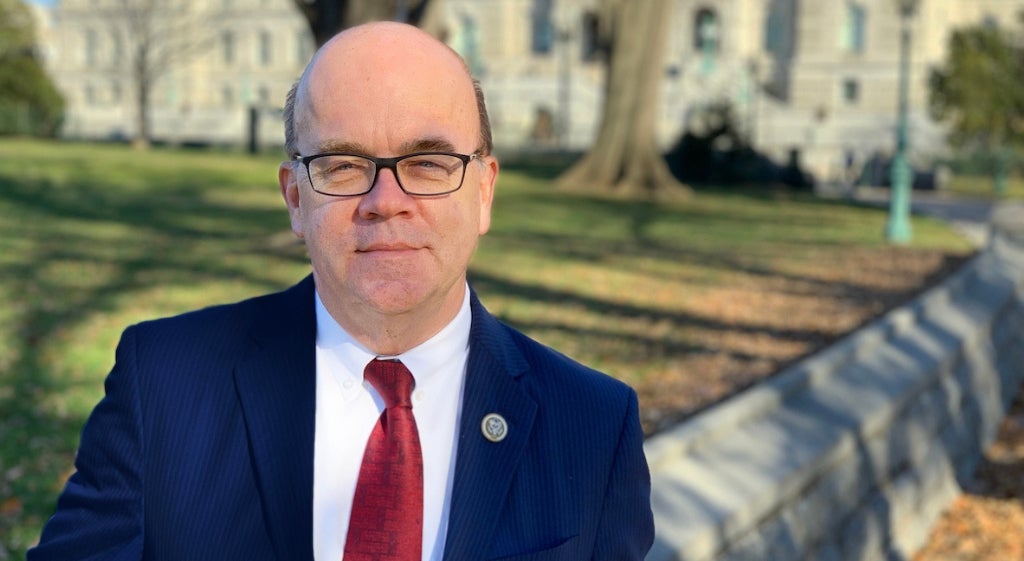 U.S. Representative Jim McGovern (D-Mass.) will address graduates of the Gerald J. and Dorothy R. Friedman School of Nutrition Science and Policy as part of the commencement festivities on Sunday, May 19.

We are excited to announce that the 2019 commencement speaker for the Friedman School is Congressman Jim McGovern. McGovern has been a dedicated friend of the school and he has a long track record of fighting hunger. Congressman McGovern represents the 2nd Congressional District of Massachusetts and is currently serving in his 12th term. He is the Chairman of the House Rules Committee, which decides what bills come up for debate and vote in Congress. He also serves on the House Agriculture Committee, where he has been a powerful voice for Massachusetts farmers and a national leader in the fight to end hunger in America.

Jim grew up around the corner from his current home on Burncoat Street in Worcester. He attended Burncoat Elementary School and then Worcester Academy. By seventh grade, Jim knew he wanted to make a difference. He volunteered on the 1972 presidential campaign of Senator George McGovern (D-SD) – no relation – and held signs and knocked doors for the Senator’s anti-war campaign. He then attended The American University in Washington, D.C. where he earned both his bachelor’s degree in History (‘81) and his Master’s Degree in Public Administration (‘84). He worked his way through college as an intern in the office of Senator George McGovern, and later managed Senator McGovern’s second presidential campaign in Massachusetts, delivering his 1984 nominating speech during the Democratic National Convention in San Francisco.

Jim went to work for Massachusetts Congressman John Joseph Moakley from 1982 until 1996, serving as a staff assistant, press secretary, and legislative director. In 1989, Congressman Moakley asked Jim to be the lead staffer in the investigation of the murders of six Jesuit priests, their housekeeper and her daughter in El Salvador. He exposed that the murders were committed by the U.S. – backed Salvadoran military, leading to a major shift in U.S. foreign policy. After Jim’s discovery, future military aid from the U.S. was contingent on improved human rights and a negotiated peace in El Salvador.

It was while working in Moakley’s office that Jim met his wife, Lisa Murray McGovern, who was also a staffer on Capitol Hill. The McGoverns married in 1989 and have two children, Patrick and Molly. Jim’s work on behalf of Massachusetts and the nation has a proven record of success and he is grateful to the voters of Massachusetts’ Second Congressional District for the opportunity to serve as their voice in Washington.

Please join us in welcoming Congressman McGovern as our school's 2019 commencement speaker!

Read More About Commencement at Tufts!