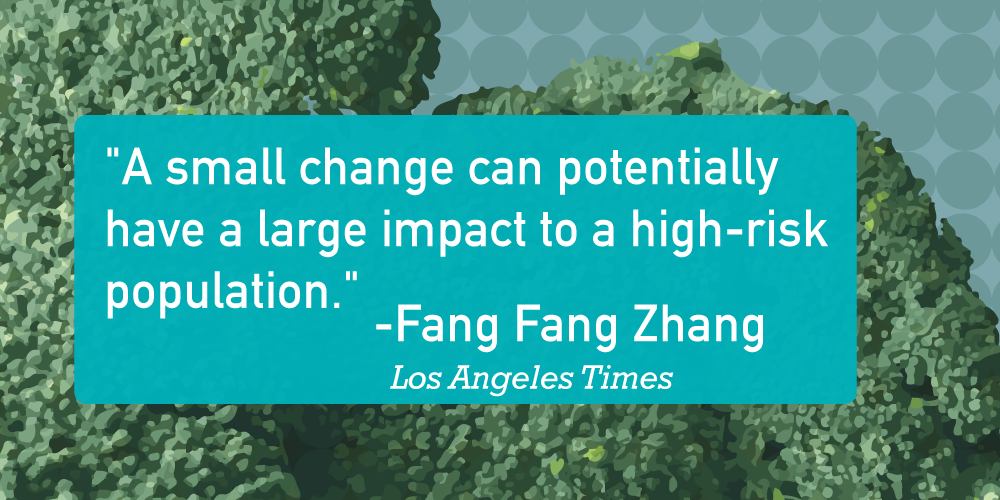 While most cancer survivors in the United States are motivated to seek information about food choices and dietary changes to improve their health, a new study comparing their dietary patterns to federal guidelines indicates that they often fall short.

Published early online in CANCER, a peer-reviewed journal of the American Cancer Society, the findings point to the need for dietary interventions in this vulnerable population. Cancer survivors have significantly elevated risks of a variety of health problems, and nutrition is among the few modifiable behaviors that can prevent or delay their onset. To see how well cancer survivors adhere to existing dietary guidelines, a research team led by Fang Fang Zhang, MD, PhD, of the Friedman School of Nutrition Science and Policy at Tufts University, analyzed the diets of 1533 adults participating in the National Health and Nutrition Examination Survey from 1999 to 2010. The investigators looked at how the diets aligned with advice from the 2010 Dietary Guidelines for Americans, which was jointly issued by the Department of Agriculture and the Department of Health and Human Services. Knowing how well cancer survivors adhere to federal dietary guidelines can help inform evidence-based priorities for improving nutritional intake in cancer survivors in the United States. "Dietary changes that include more fiber, fruit, and vegetables in the diet and less fat, sodium, and added sugar would be important for cancer survivors," said Dr. Zhang. "Oncology care providers can play critical roles in reinforcing the importance of a healthful diet, and can refer patients to registered dietitians who are experts in oncology care or to other reputable sources in order to improve survivors' overall health." Read the full press release.