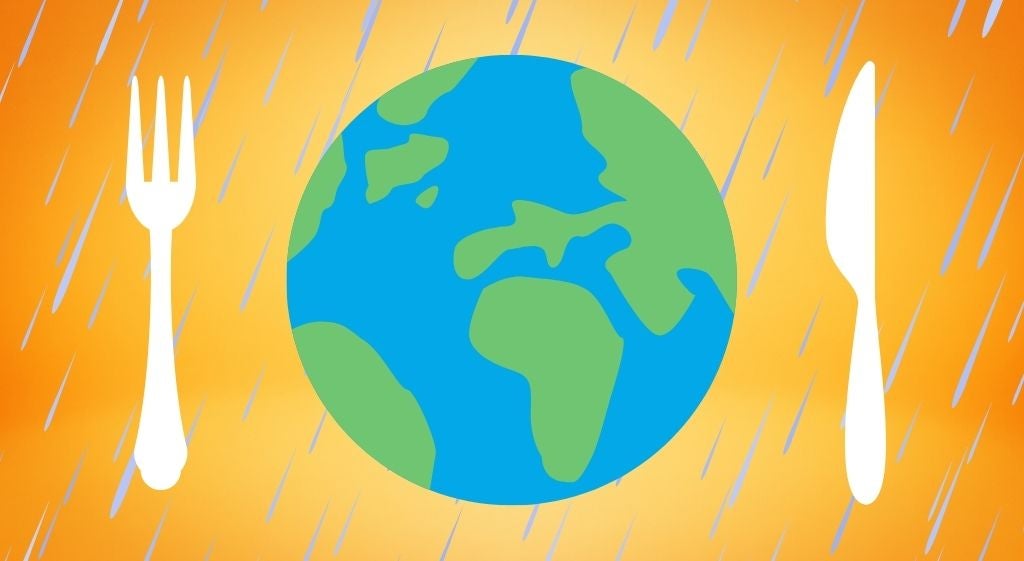 Rising temperatures, fires raging out of control in the American West and Europe, increasingly fierce storms: they are all consequences of climate change induced by human consumption of fossil fuels, according to the latest report from the United Nations, written by scientists from around the world.

What can we do about it? On personal and national levels, there are steps we can all take, according to experts at the Friedman School of Nutrition Science and Policy. Here are a few.

“Food waste accounts for around one-third of the carbon footprint of the average U.S. diet,” says Nicole Tichenor Blackstone, an assistant professor at the Friedman School whose work focuses on developing and evaluating strategies to improve food system sustainability. “This is an underestimate, because it only includes waste by households and food retailers, not loss that occurs further back in the supply chain.”

That’s because meat—especially beef—is directly related to methane emissions, some 30 times as potent a greenhouse gas as carbon. Meat production also indirectly uses disproportionate energy, “due to the energy inefficiency of converting crops to meat calories,” says Parke Wilde, a Friedman professor who focuses on food and nutrition policy.

Reducing fuel use for transport can help promote a healthy food system. “That’s because biofuels use up a large fraction of agricultural output for some major crops such as corn (maize), soybeans, and palm oil,” says Wilde. “I also strongly feel there is an important calling for university communities to pay more attention to in particular to flying less,” he adds. He’s part of flyingless.org, and a summer video project of his highlights connections between the food system and lower-carbon travel.

In addition to reducing food waste, eating less red meat, and driving or flying less, we can switch to more fuel-efficient equipment for everything else, says William Masters, a Friedman School professor who focuses on international development. “Big steps come from occasional decisions made every few years like where to live, what equipment to install, whether to buy a car, and if so, what kind,” he says.

“Every switch we make needs to be toward electrifying everything and getting that electricity from renewables like solar and wind power,” says Masters. “And once we’ve made that switch, we’ll no longer be in a world of scarcity where we need to do less: after the switch we can do more travel, have more heating and cooling, more of everything.”

Electricity generation and storage is a critical challenge but doesn’t undermine the feasibility of energy-system transformation to address climate change, says Wilde. “Responses include battery storage (the cost of which is plummeting), hydro storage (pumping up reservoirs when the wind is blowing and depleting them at other times), and transmission lines between cities and towns (because a larger region has a much smaller variance in average wind speed than a small region has),” he says. Those changes, plus demand side ones—such as higher pricing during times when electricity is scarce, and heavy industrial use during times when electricity is plentiful—make it doable.

5. Build up instead of out.

“The biggest step toward a zero-emissions world involves denser housing built around public transport,” says Masters. “We need to build up instead of out, and welcome new neighbors instead of hoarding the space we have. Ending exclusionary zoning can and does make new housing available near subways and along high-traffic bus routes and safe paths for cyclists. New housing in cities like greater Boston is key to zero-emissions, inclusive, and diverse communities.”

“We live in a changed climate, and many people are vulnerable to the increase in heatwaves, flooding, drought, fires, and combinations of these events,” says Erin Coughlan de Perez, an associate professor at the Friedman School whose work focuses on helping people adapt to climate change around the world. “We need improved early warning systems, resilient infrastructure, and smart preparedness for disasters. This affects everyone.”

The innovations we need “depend above all on the infrastructure and regulations that only governments can provide,” says Masters. “Legislation now in Congress is truly game-changing—America’s biggest steps to address climate change of my lifetime. We must ensure that Federal and State legislation is enacted and implemented, so that individuals and businesses and universities like Tufts can do our part to save lives and protect our communities.”

“We all can help promote a sustainable food system by raising our voices in favor of climate action in political and social settings, too,” adds Wilde.