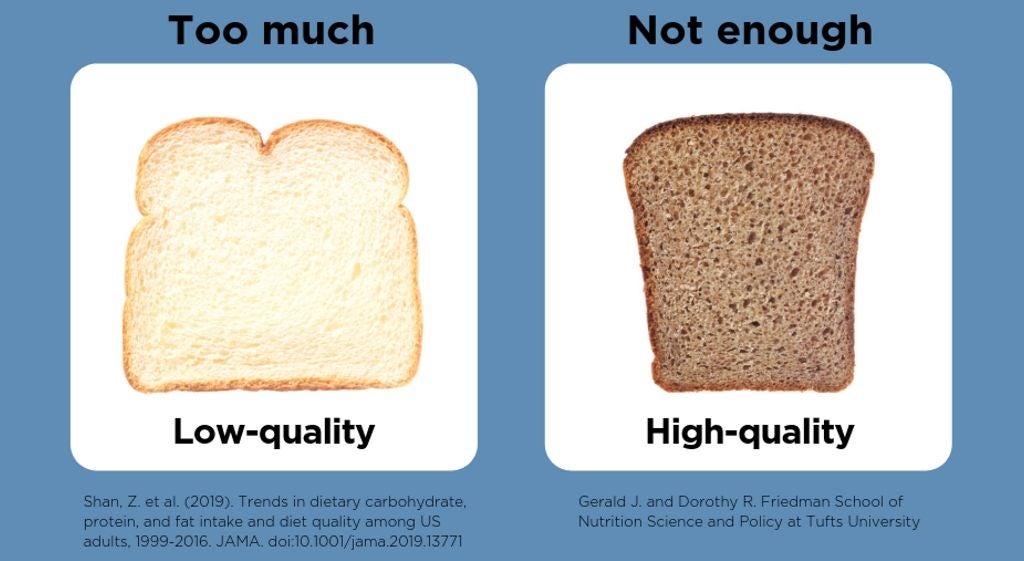 BOSTON (Sept. 24, 2019, 11:00 a.m. EDT)—Despite years of steady advice and guidance on healthy eating, a ‘report card’ on the American diet shows adults are still consuming too many low-quality carbohydrates and more saturated fat than recommended, according to researchers at the Friedman School of Nutrition Science and Policy at Tufts University and the Harvard T.H. Chan School of Public Health. The study, published in JAMA, looked at dietary trends over an 18-year period.

Although the study identified some dietary improvements, it also found that low-quality carbohydrates from refined grains, starchy vegetables, and added sugars accounted for 42 percent of the typical American’s daily calories. High-quality carbs, from whole grains and whole fruits, accounted for only 9 percent. Over the study period:

The study authors note that any dietary improvements were less pronounced for older people and those of lower income or educational attainment:

“Although there are some encouraging signs that the American diet improved slightly over time, we are still a long way from getting an ‘A’ on this report card. Our study tells us where we need to improve for the future,” said co-senior author Fang Fang Zhang, nutrition epidemiologist at the Friedman School of Nutrition Science and Policy at Tufts University. “These findings also highlight the need for interventions to reduce socioeconomic differences in diet quality, so that all Americans can experience the health benefits of an improved diet.”