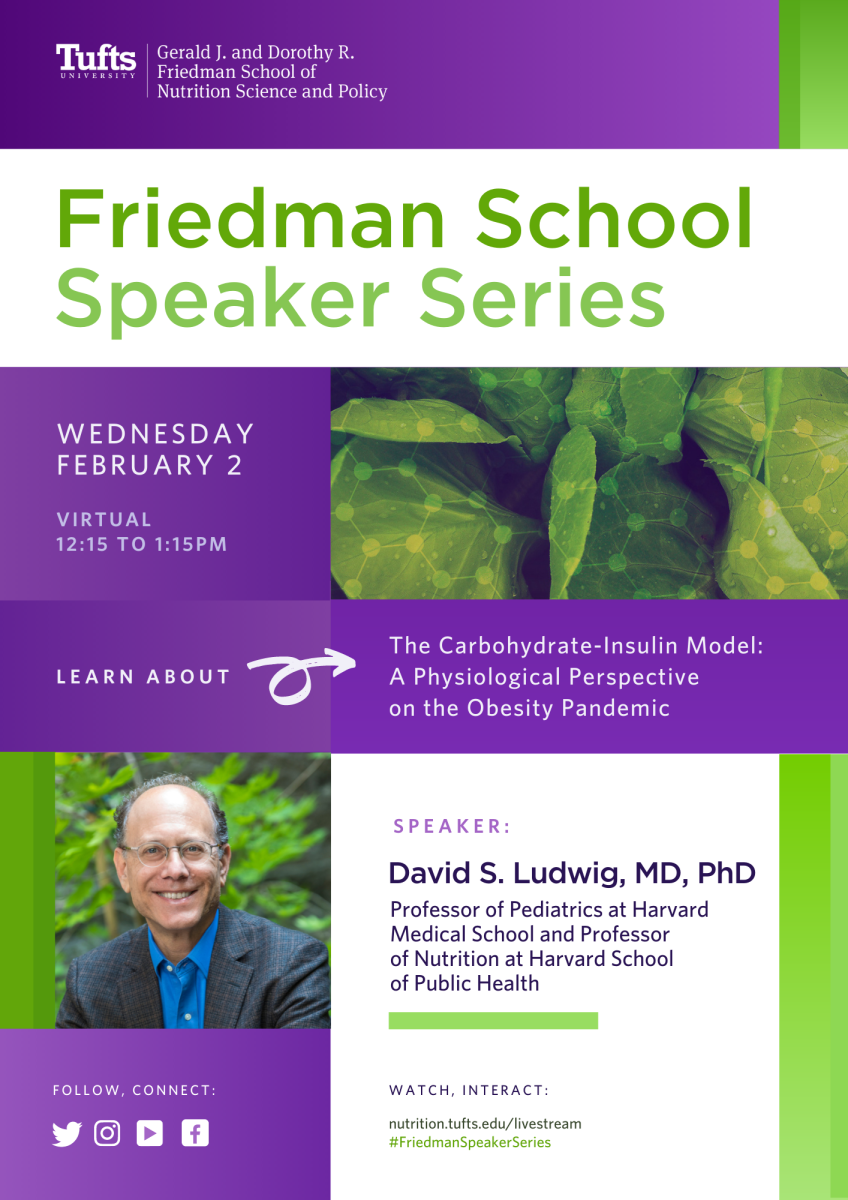 "The Carbohydrate-Insulin Model: A Physiological Perspective on the Obesity Pandemic"

Conventional treatment for obesity, founded on the First Law of Thermodynamics, assumes that all calories are alike, and that to lose weight one must ultimately “eat less and move more.” However, this prescription rarely succeeds over the long term. Calorie restriction elicits predictable biological responses – including increased hunger and reduced energy expenditure – that oppose ongoing weight loss. Indeed, the prevailing Energy Balance Model offers no compelling explanation for what environmental factors have so profoundly altered the biological systems that control body weight. Why has average body mass index increased so rapidly among populations worldwide with relatively stable genetic obesity risk?

David S. Ludwig, MD, PhD is an endocrinologist and researcher at Boston Children’s Hospital. He holds the rank of Professor of Pediatrics at Harvard Medical School and Professor of Nutrition at Harvard School of Public Health. Dr. Ludwig is the founding director of the Optimal Wellness for Life (OWL) program, one of the country’s oldest and largest clinics for the care of overweight children. For 25 years, Dr. Ludwig has studied the effects of diet on metabolism, body weight and risk for chronic disease – with a special focus on low glycemic index, low-carbohydrate and ketogenic diets. He has made major contributions to development of the Carbohydrate-Insulin Model, a physiological perspective on the obesity pandemic. Described as an “obesity warrior” by Time Magazine, Dr. Ludwig has fought for fundamental policy changes to improve the food environment. He has been Principal Investigator on numerous grants from the National Institutes of Health and philanthropic organizations totaling over $50 million and has published over 200 scientific articles. Dr. Ludwig was a Contributing Writer at JAMA for 10 years and presently serves as an editor for American Journal of Clinical Nutrition. He appears frequently in national media, including New York Times, NPR, ABC, NBC, CBS and CNN. Dr. Ludwig has written 3 books for the public, including the #1 New York Times bestseller Always, Hungry? Conquer Cravings, Retrain your Fat Cells, and Lose Weight Permanently.